Using data from reliable public sources listed below, I plotted charts showing the relation between the percent of voters that voted for Donald Trump in 2020 in each state and various per capita rates:  gun deaths, poverty, teen births, suicide, crime, divorce, several sexually transmitted diseases, longevity, and education.

The results show that states that voted for Trump have (with one exception) higher rates for those indications of crime, social ill, and poor health.   Trump-voting states are particularly worse off for teen births, gun deaths, suicide, and divorce. They also have significantly lower rates of educational attainment and lower life expectancy.

Hint: In each scatter chart below, the X axis (horizontal) shows for each state the percent of voters who supported Donald Trump in 2020.  The Y axis (vertical) shows the crime, poverty, or other rate. Notice that for all but the final three charts, the scatter charts show a positive correlation: a line sloping up to the right; that indicates that the higher the support for Trump, the higher the rate of teen births, etc.

Three exceptions to the positive correlation rule are the final three charts, for syphilis, life expectancy (longevity) and education level. Trump supporters tend to have a slightly lower rate of syphilis (p = -0.1).  And in states that voted for Trump, people tend to die younger and be less educated, so the line slopes downward for those charts as well.

The Pearson correlations between Trump support and the measured value are: 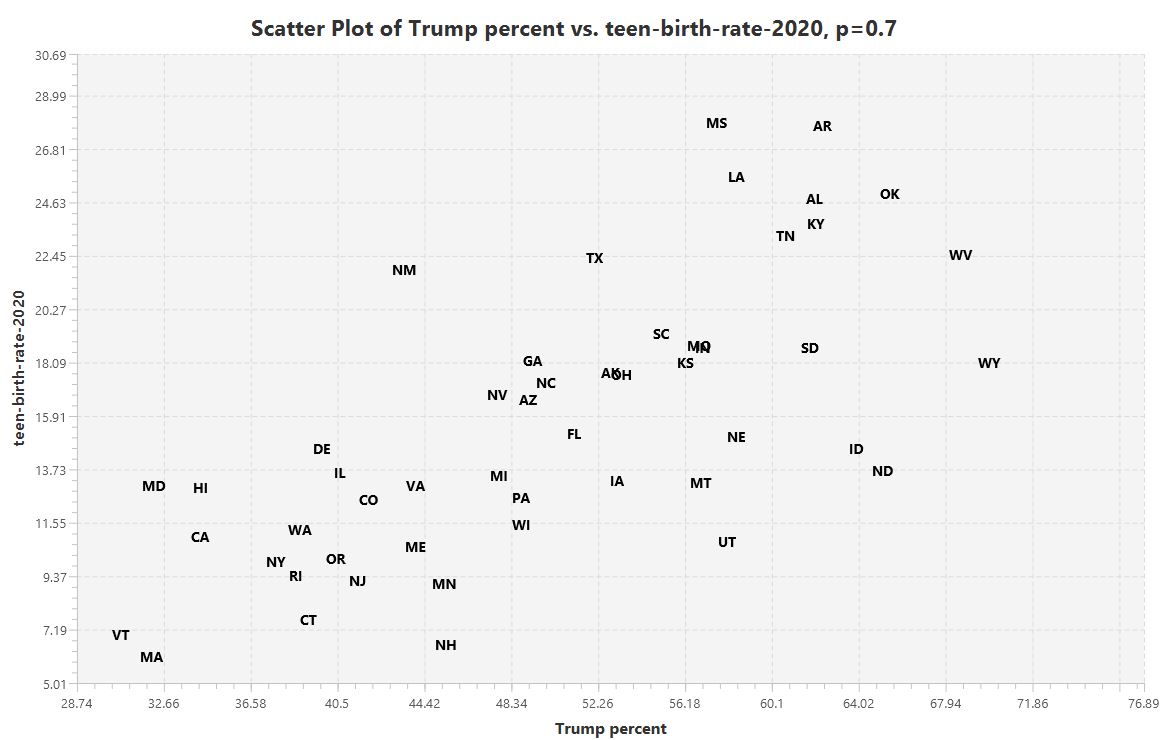 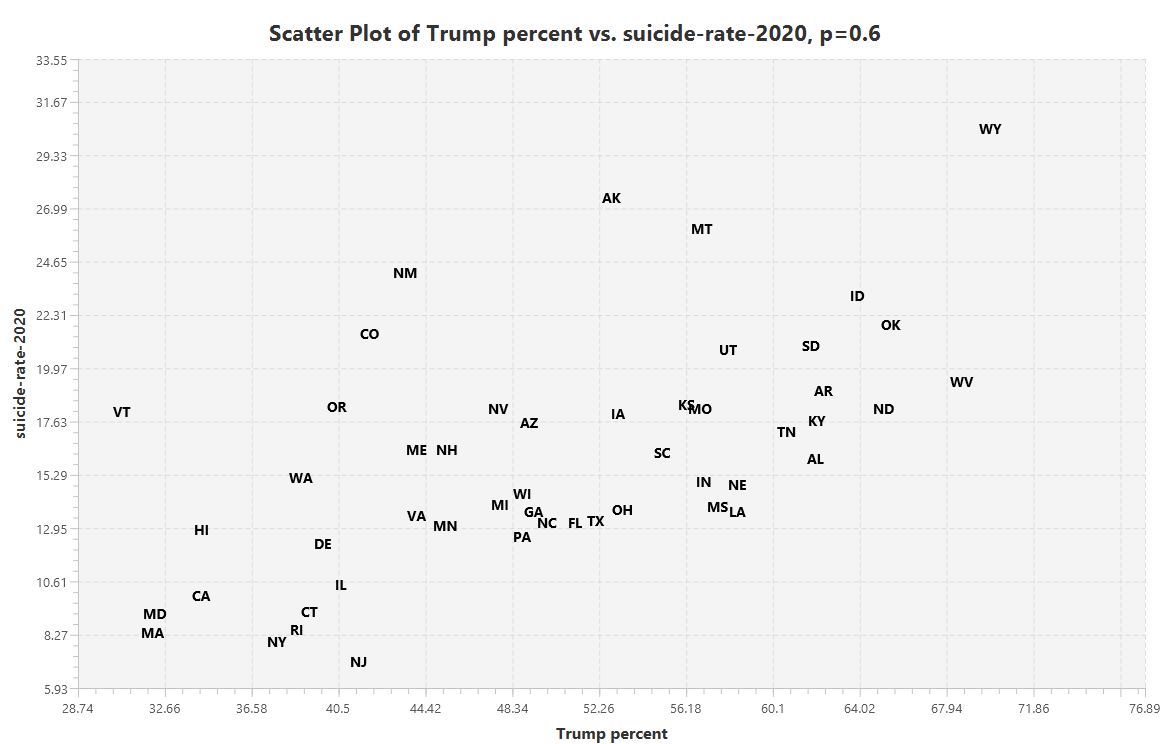 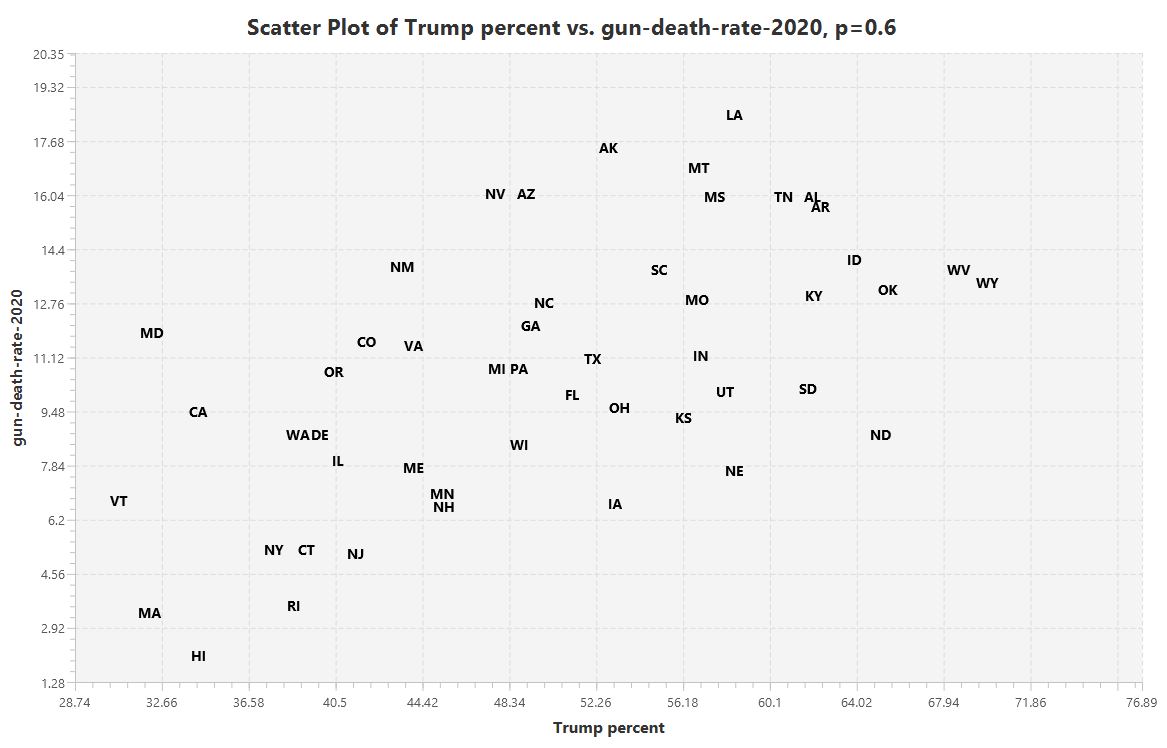 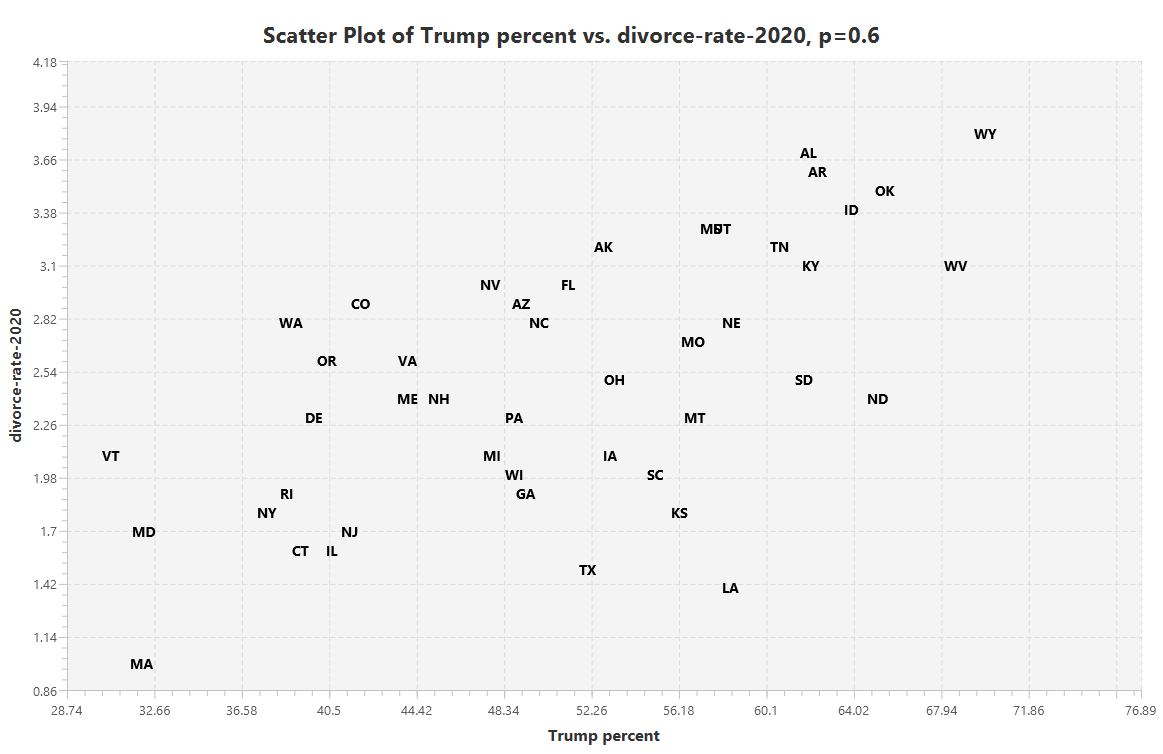 Note: divorce data is unavailable for states CA, HI, IN, NM, and NM. 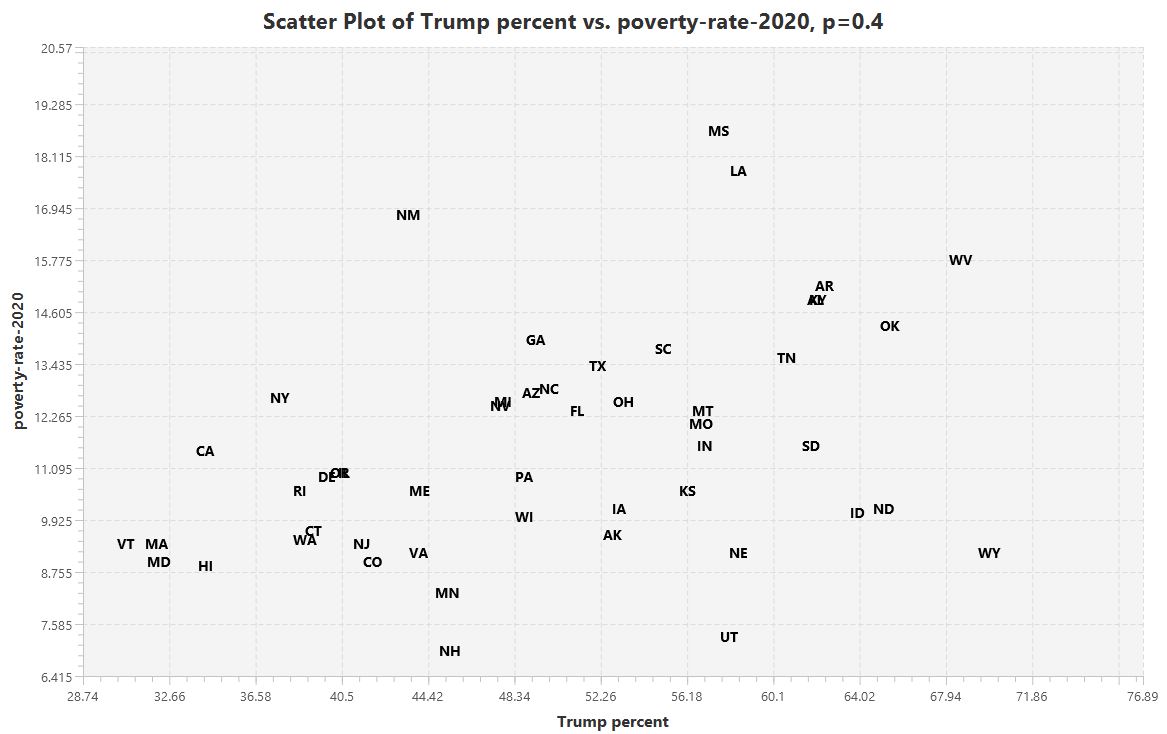 The correlation between Trump support and crime is weaker: 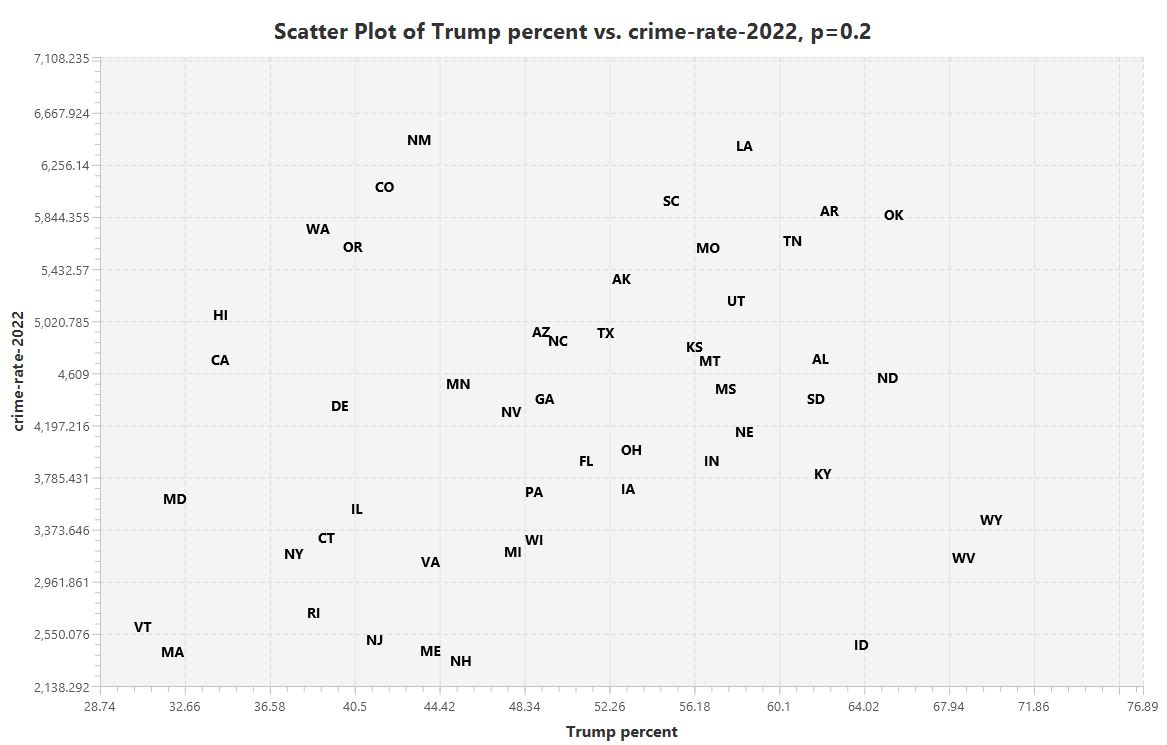 I note that NM, CO, WA, and OR have high crime rates but tend Democratic. 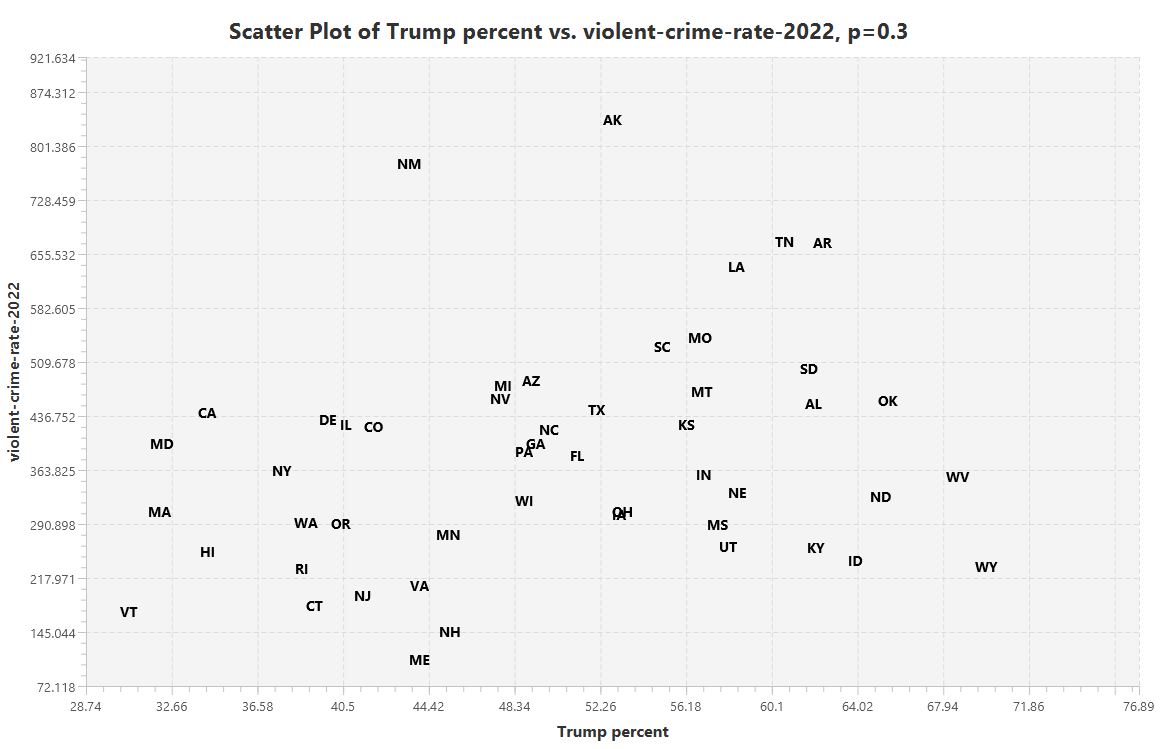 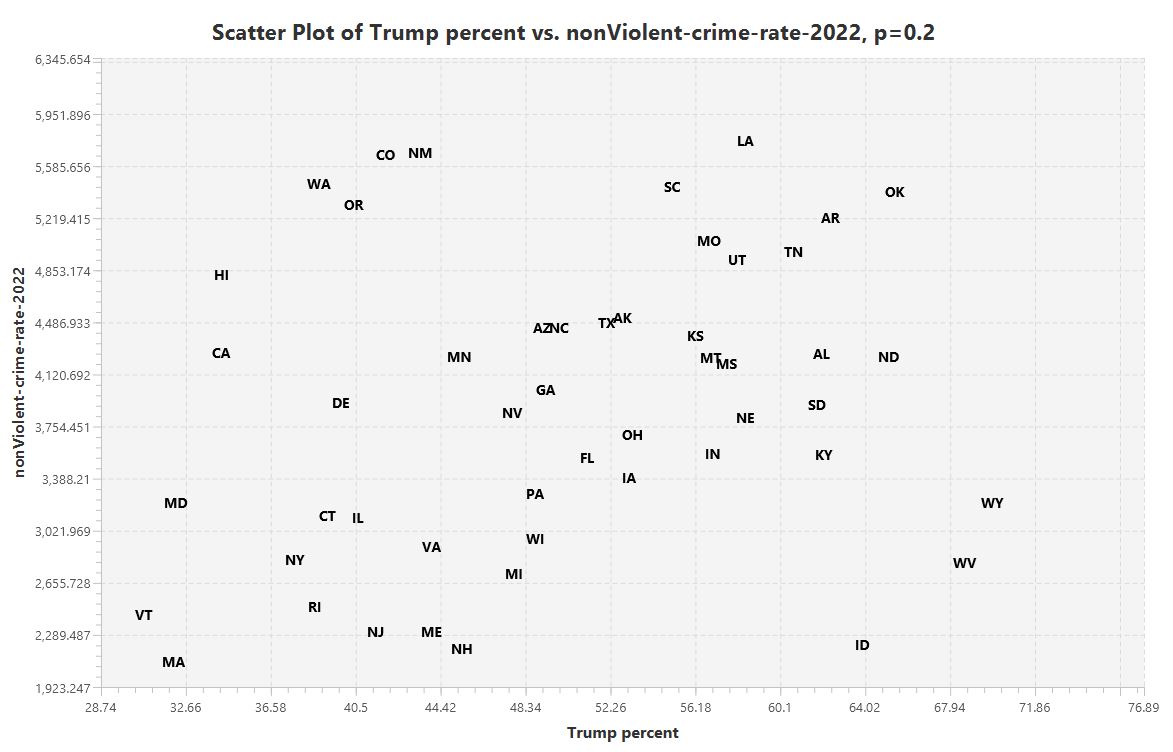 The correlation between Trump support and rates of sexually transmitted diseases is not strong but is still present: 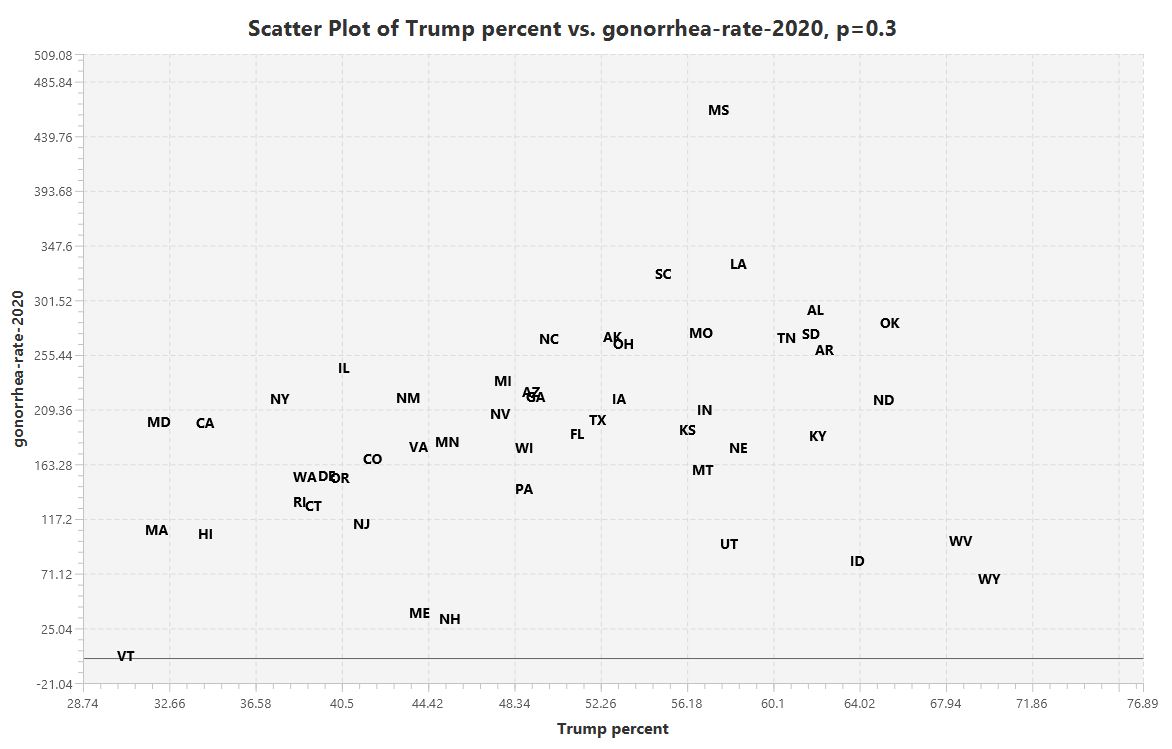 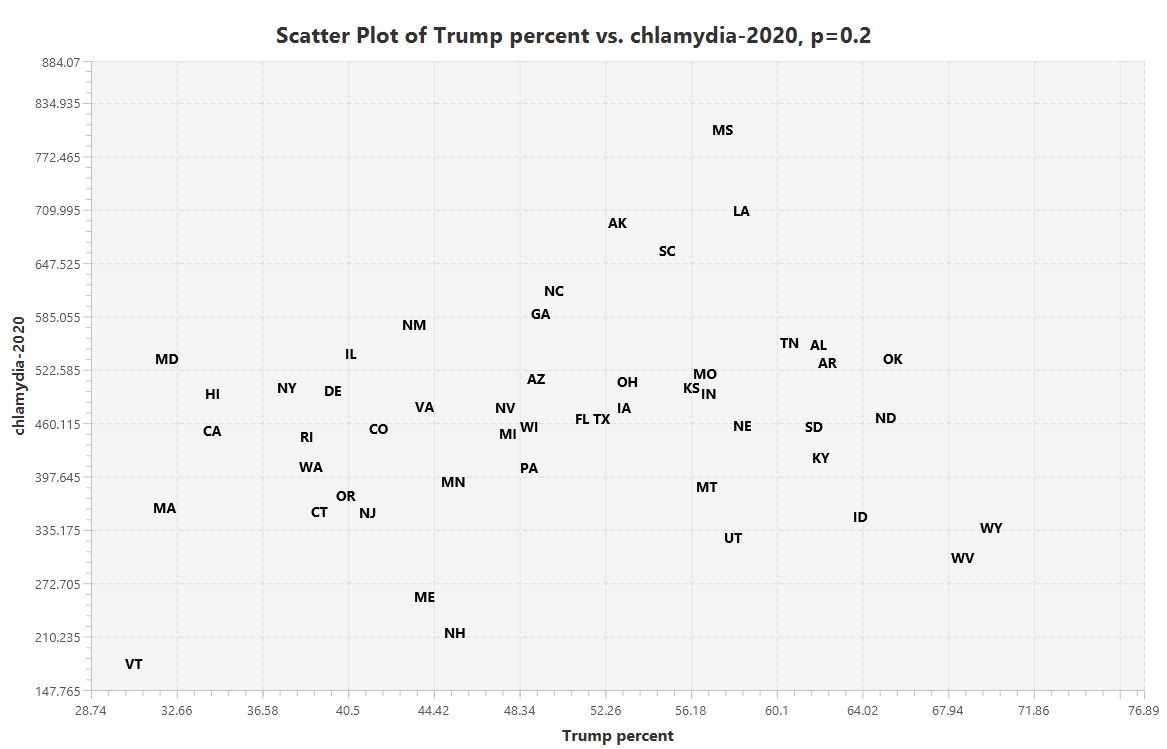 For syphilis, there’s a slight negative correlation (-0.1), meaning that Trump supporters are slightly less likely to get that diseases. 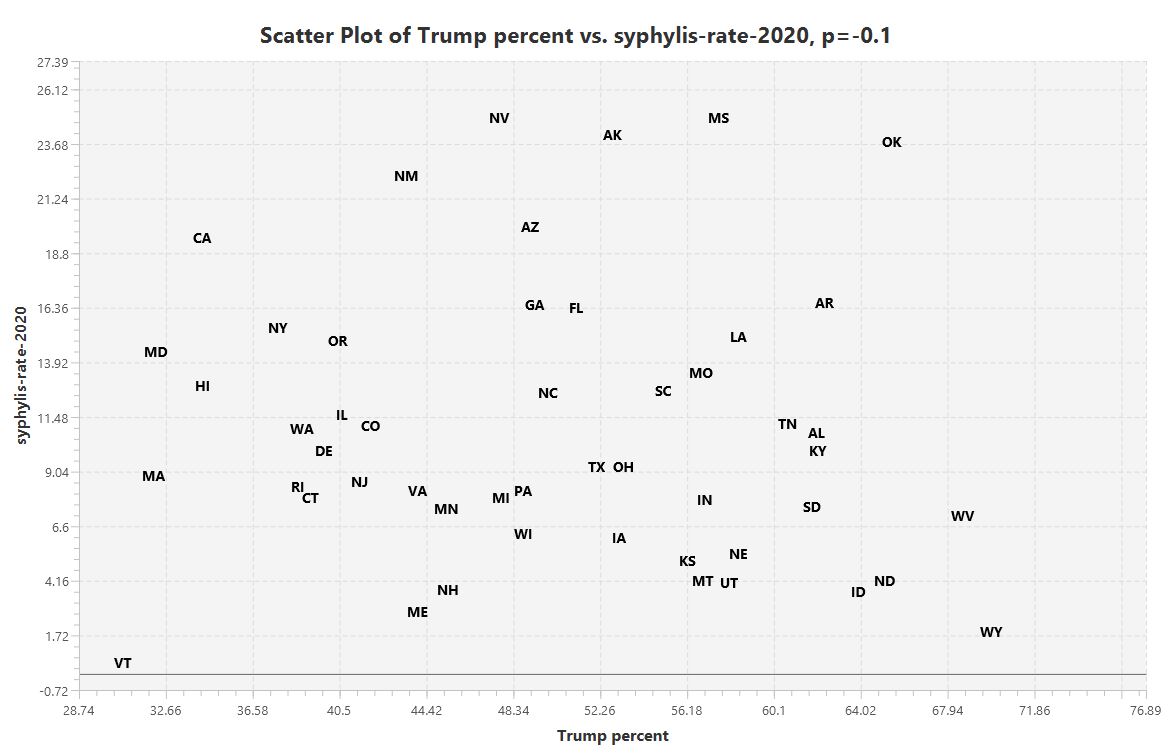 I notice that Wyoming and to a lesser extent West Virginia are outliers: on several measures they do well, despite their high rate of support for Donald Trump. But Wyoming has a very high suicide rate.

Life expectancy (longevity) is lower in states which voted for Trump, so the data points slope downwards to the right. 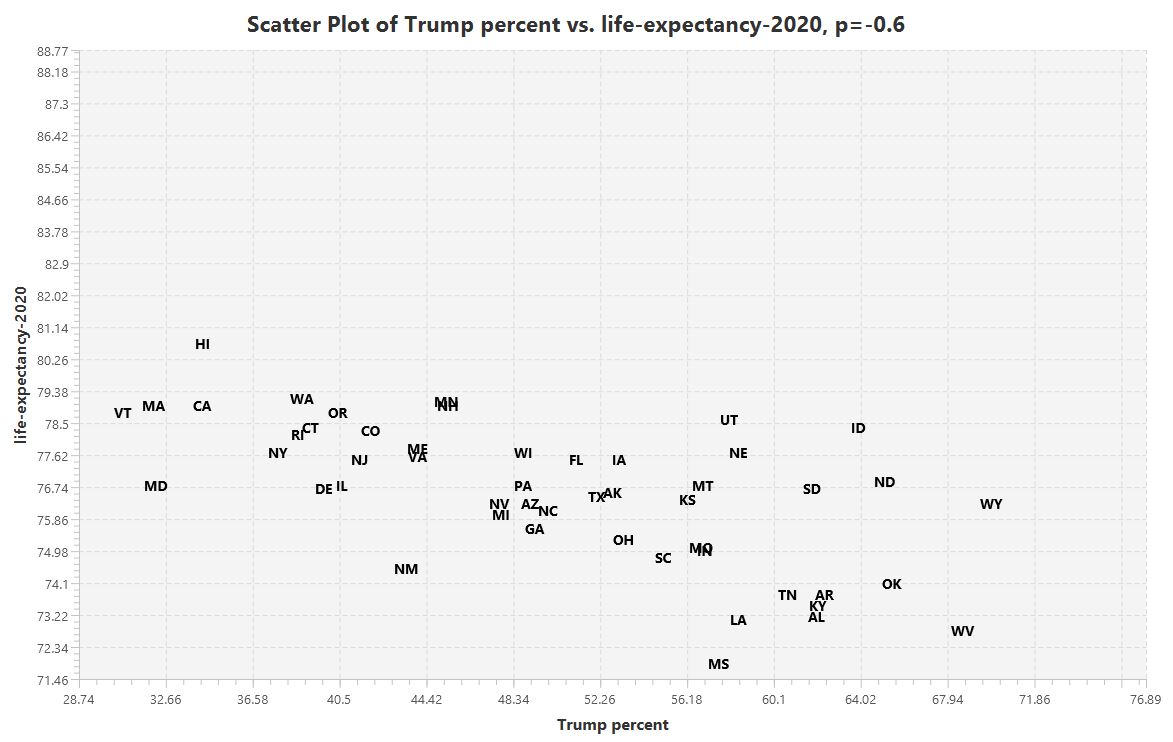 Likewise, people tend to be less educated in states that voted for Trump. This is one of the strongest (negative) correlations. 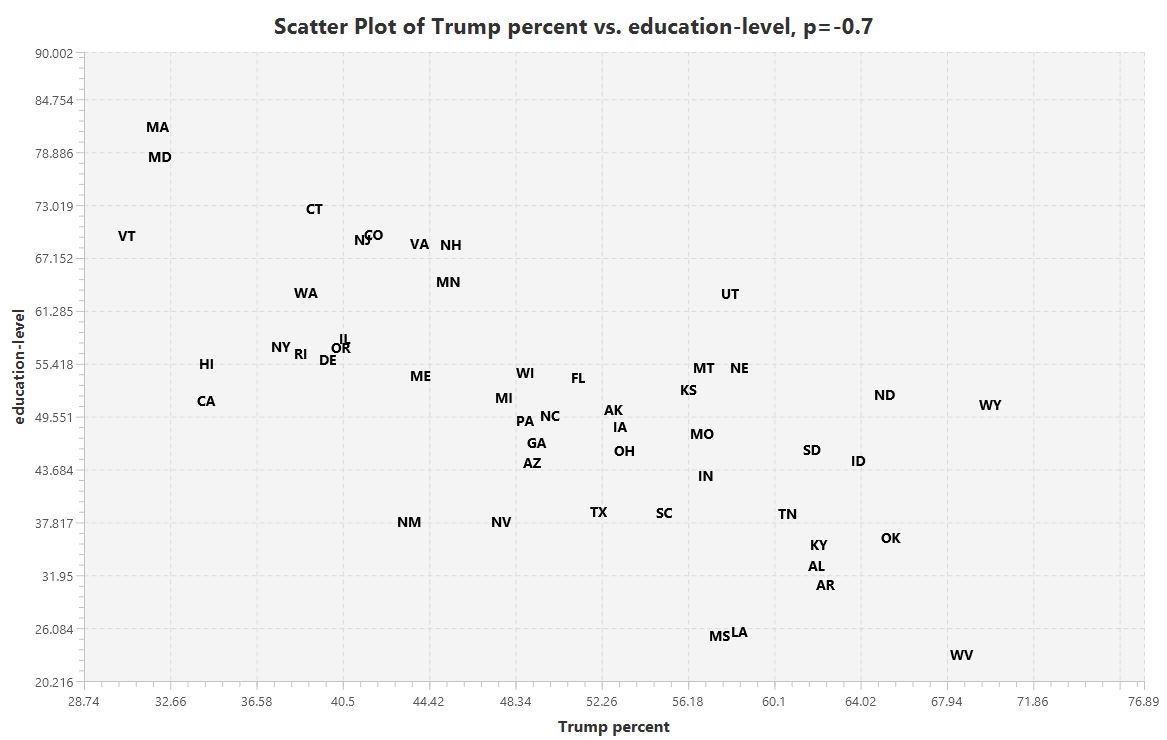 "Choice" means "Which State You Choose to Live in"

The Scale of the Universe of Money

Military budget of the United States Tuition-Free College Could Cost Less Than You Think Fortune 500 Companies Hold a Record $2.6 Trillion Offshore ‘Eye-Popping’: Analysis Shows Top 1% Gained $21 Trillion in Wealth Since 1989 While Bottom Half Lost $900 Billion The Cost to End World Hunger America’s Defense Budget Is Bigger Than You Think […]