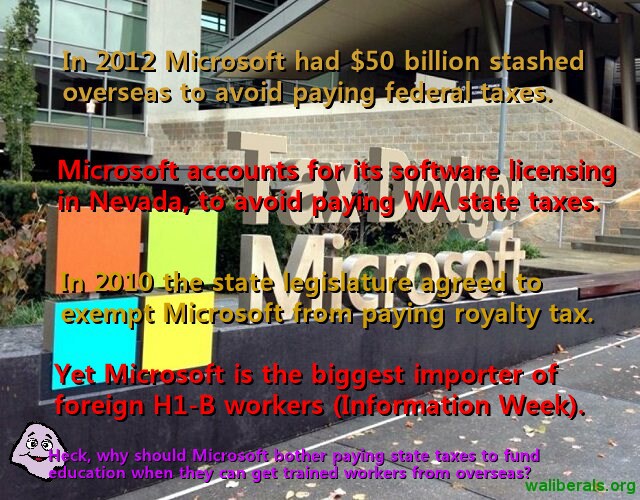 Why no thinking, caring person should subscribe to the Seattle Times

Someone in my precinct emailed me (their PCO): “What is the difference between Yes on 594 and Yes on 591?” I explained I-594 is a gun control measure that requires background checks on gun purchases. Most Democrats support it. I-591 is the initiative from the gun lobby to make sure that Washington State’s gun laws […]

The state Dems' platform says No to TPP. Will our lawmakers listen?

The Washington State Democrat’s platform says We oppose: . . . Trade agreements negotiated in secret without public interest representation; Foreign policies that put the profit-making interests of corporations above the rights, laws, and interests of governments or workers, such as the Trans-Pacific Partnership (TPP); But the last I heard both our US Senators, as […]

One Reply to “Corporate welfare for Microsoft”