It is time to arm and train the nonviolent warriors of our time.

Bill Moyer’s 10-10-13 statement regarding “Political Calculus” and the crisis of legitimacy for our government. This was delivered on the US Court House in Seattle, WA on the day the US Supreme Court heard oral arguments on McCutcheon VS the FEC. 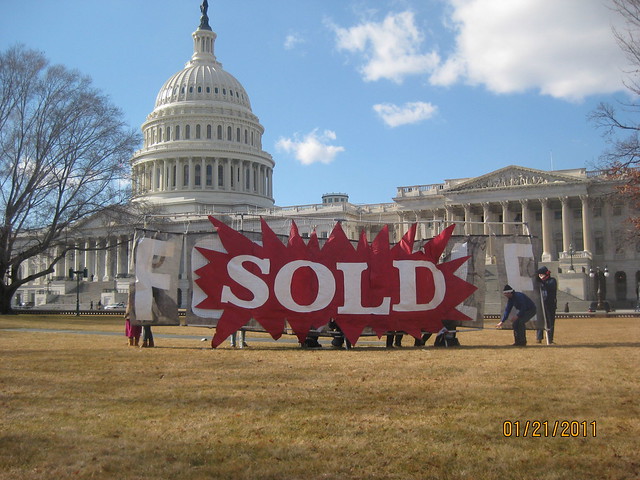 Backbone HQ 4-03-14:
Once again, we have been betrayed by our “highest court” and I am forced to ask, what is so “supreme” about this so-called Supreme Court? How could an institution deserve such a title when it is aggressively undermining checks and balances – not just between branches of government, but between the oligarchic few and the increasingly indentured many?

The “Supreme” Court and US “representative democracy” are in a deepcrisis of legitimacy.

The injury of Citizens United vs FEC has now been compounded by the insult of McCutcheon VS the FEC. McCutcheon VS the FEC turns our Federal elections into an auction by removing limits on contributions to candidates in Federal elections. It will allow the most wealthy to spend freely to thrust their minions into Federal office. This along with their decisions on Citizens United and the Voting Rights Act…confirm that our current system in not merely broken, but “fixed.” It is fixed to concentrate power and wealth amongst the few at the expense and exclusion of the many.

Incrementalism has proven a failure in even slowing down the abandonment of our original Social Contract based upon the paradigm of sacred”unalienable rights” of Life, Liberty, Pursuit of Happiness expressed in our original revolutionary Declaration. The evolving expression of those sacred, “endowed by creator” rights articulated as human rights, community rights, and rights of nature are under siege globally.National and global aspirations for that paradigm are being crushed by the paradigm of Commodification. The paradigm of Commodification is propelled by fear and scarcity and finds expression in the cynical inventions of “corporate rights,””investor rights,” and the rights of capital itself – the idol that blesses the commodification of everything and everyone. 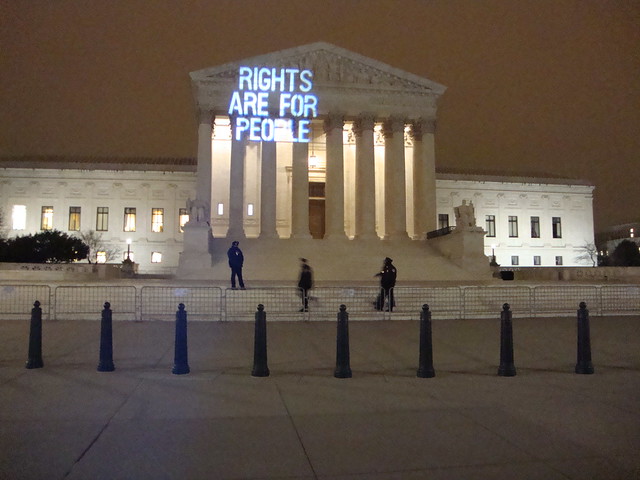 It is time for a new social contract. The Constitution has failed to live up to the promises of the Declaration of Independence. We must support those who building momentum for that movement. The WAMends of this country, nationally inspired and by the Move to Amend coalition are providing a foundation for a movement for a new social contract. But this is much more than a philosophical struggle – this is a paradigmatic battle fought on every front of collusion between corporate and elected power.

Arm the Rebels!
Backbone Campaign is providing tactical tools and capacity to the moral warriors across America through trainings and material support. Join us today! Become part of our network of Action Brigades by attending an Action Camp. Help us arm the nonviolent rebels to help them boldly hold the higher moral ground and inspire a populism that is based on the best in humans rather than the worst, a revolution grounded in LOVE and Abundance.

Defend what you Love – Fight for your Aspirations. We can either acceptour creative inalienable role as co-authors of the future or choosevictimhood andbetray that which is sacred in and around us. This is a spiritualbattle in which Love Must Win!

Is any kind of meaningful democracy possible in a régime of secret law? — This is the question raised by the lead article in Sunday’s *New York Times*, which said that the FISA court “has quietly become almost a parallel Supreme Court, serving as the ultimate arbiter on surveillance issues and delivering opinions that will […]