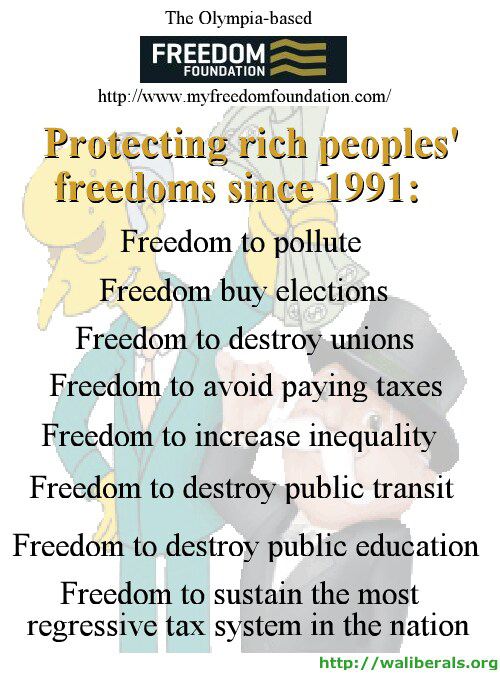 Peggy Noonan: Republicans are too "lockstep"

Reagan speech writer Peggy Noonan says in a Wall Street Journal essay: “Republicans are now in the habit of editing their views, and they’ve been in it for 10 years. The Bush White House suppressed dissent; talk-radio stars functioned as enforcers; the angrier parts of the base, on the Internet, attempted to silence critical thinkers. […]

What Washington got for Boeing’s $305 million tax break

Last week Boeing reported that it had skipped out on $305 million in taxes in 2015. Back in 2013, the Legislature enacted a special Boeing exemption from business taxes. The legislative intent was to keep jobs in Washington. But that was not written into the tax exemption bill. So in spite of, or maybe because […]