The emerging consensus of commentators is that Trump won because of populist disgust with politics as usual, because of hatred of Hillary,  and because of economic hardship that Trump was able to blame on immigrants, trade deals, regulations, and corrupt elites.  Trump pledged to “drain the swamp” in Washington, D.C., and people thought Hillary was part of the swamp.

As Thomas Frank says in Donald Trump is moving to the White House, and liberals put him there,

The woman we were constantly assured was the best-qualified candidate of all time has lost to the least qualified candidate of all time. Everyone who was anyone rallied around her, and it didn’t make any difference. The man too incompetent to insult is now going to sit in the Oval Office, whence he will hand down his beauty-contest verdicts on the grandees and sages of the old order.

The Democrats chose a flawed candidate, with high negatives.  Granted, much of the hatred of Hillary is based on myths and exaggerations manufactured by conservative media. But enough of the hatred was justified — by her close ties to Wall Street, by her past votes for the Iraq War, by her hawkishness during the Obama administration, by her past support for the TPP, by the questionable practices of the Clinton Foundation, and by her carelessness with the private email servers — that Republicans could rightfully say that she was corrupt.   Granted, Trump and the Republicans are far worse!!!!  But that made no difference because Fox News and the rest of right wing media have entrapped tens of millions of Americans in an alternate reality in which climate change is unreal and deregulation and tax cuts for rich people will help the middle class.

Few people on the right loved Trump. They were aware of his flaws.  But they hated Hillary even more than Trump.

Much of the Democratic base hated Hillary too. Some of my progressive friends refused to vote for Hillary, knowing well that Trump is probably worse, because they didn’t want to reward her and the DNC for its mistreatment of Bernie Sanders. One friend at work was a Bernie supporter who knew all about how terrible Trump would be. Still, he wouldn’t vote for Hillary. He refused to vote for the lesser of two evils.  He said he felt no sympathy for the Democrats, who courted disaster by their hubris.   (Disclosure: I reluctantly voted for Hillary, as the lesser-of-two-evils.)

There’s lots of blame to go around for this debacle. Ignoring both the obvious culprits on the right and the desperate, stupid gullibility of millions of Americans,  who should we blame? In no particular order,

Notice that I don’t list Berniecrats in that list.  In 2000, many Democrats blamed Ralph Nader and his supporters for the election of George W. Bush; indeed, had all Nader voters voted for Gore, Bush would have lost.  I am unaware of any concerted effort to blame Sanders and his supporters for Hillary’s defeat.    But there are indications that low turnout, especially among blacks, contributed to Hillary’s loss. From what I have read, too few Sanders voters voted for Jill Stein or Trump to make a difference in the swing states that went for Trump.  Sanders strongly endorsed Hillary, and most Berniecrats apparently voted for her.   As Michael Moore says in his prescient article 5 Reasons Why Trump Will Win,

Stop fretting about Bernie’s supporters not voting for Clinton – we’re voting for Clinton! The polls already show that more Sanders voters will vote for Hillary this year than the number of Hillary primary voters in ’08 who then voted for Obama. This is not the problem. The fire alarm that should be going off is that while the average Bernie backer will drag him/herself to the polls that day to somewhat reluctantly vote for Hillary, it will be what’s called a “depressed vote” – meaning the voter doesn’t bring five people to vote with her. He doesn’t volunteer 10 hours in the month leading up to the election. She never talks in an excited voice when asked why she’s voting for Hillary. A depressed voter.

Besides, even if Berniecrats did abandon Hillary, can you blame them, given how badly the DNC treated Sanders?

By the way, in that article Moore correctly predicted that Trump would win in the Midwest, where disgust with NAFTA and TPP would turn blue collar voters towards Trump, who campaigned there against unfair trade deals and corporate outsourcing.

Elaborating on #1 and #2, and again quoting Frank,

As David Talbot said, “This catastrophe is primarily the fault of the elites who took over the Democratic Party and turned it into a bastion of corporate globalism and permanent war, at the expense of the working people who were once its base. The Clintons — with their self-serving Davos internationalism and Wall Street pandering — were the ultimate symbol of this Democratic Party sellout.”

Though I risk criticism from friends and allies on the left, I want to elaborate on #6.

I support gay rights and think that gays should have the right to get married.  But I suspect it was a huge tactical error for Democrats to push this issue.  Gay marriage enrages and disgusts tens of millions of Americans, guaranteeing that they will vote for Republicans.   Far better if the Democrats had spent their political capital on other issues such as (1) cleaning up corruption in D.C., (2) exposing and prosecuting Bush administration criminality, (3) reining in Wall Street, (4) exposing and fixing our unfair tax system that gaping loopholes that favor the rich, (5) ending bad trade deals, and (6) ending our  imperialistic foreign policy.

Politics is like a game of chess. You have to sacrifice some pieces.   We have gay marriage, but now we got Trump. It wasn’t worth the trade.

Besides, is marriage really that wonderful?  Look at the high divorce rates among heterosexuals.

On the other hand, even the Supreme Court agreed that gays should marry.  Maybe I’m horribly wrong.  Maybe gay rights is like civil rights for blacks.  Just as the Civil Rights Act of 1964 drove the South into the arms of the Republican Party, gay marriage helped strengthen evangelicals embrace of the GOP.

Notice, too, that I haven’t mentioned abortion rights.  I am unwilling to sacrifice the right to choose. But I point out that with the election of Trump, and with the continued GOP control of Congress, the Supreme Court may overturn Roe versus Wade in the not-too-distant future.

With gay marriage, the Left won the battle but lost the war.

On immigration, the sad thing is that Obama has been extraditing  millions of immigrants — something you’re not likely to hear. Immigrants are the ones who may suffer the most from the election of Donald Trump. This is truly a tragedy.   Unfortunately, millions of Americans think undocumented aliens should be extradited. (The same Chinese woman I mentioned above told me she’s angry that illegal immigrants get to stay here for free and go to college, while her son is discriminated against when he applies to elite colleges because he’s Asian.)

Lastly, I want to elaborate on #3 (Obama’s blame). He’s the leader of the Democratic Party. How much blame does he deserve for the debacle?

Many of my friends are despairing.  One woman says she hasn’t been able to sleep at night.  Another friend has pledged to boycott contact with family members who voted for Trump.  People are scared and saddened.   In fact, this sort of mental anguish has plagued millions of us since 2000.  There was a ray of hope in 2008, but that was soon extinguished when Obama surrounded himself with Wall Street hacks, prosecuted the whistle blowers, protected the Bush criminals, escalated the war in Afghanistan, and pushed through a flawed healthcare act designed by conservatives to enrich the insurance companies. Obama compromised early and often. See this petition for a partial list of Obama’s many sell-outs, too numerous to mention here.

After Obama aided Wall Street, the rural whites correctly saw that the Democratic establishment serves the 1%.  Obama had a chance to break new ground and expose the GOP for what it is. Instead, he foolishly tried to be bipartisan and allowed right wing media to control the narrative.

George W. Bush delivered the G.O.P.’s head on a platter. Obama re-attached it and resuscitated a conservative monster that has roared back into power.  (On this, see Thomas Frank’s Pity the Billionaire.) 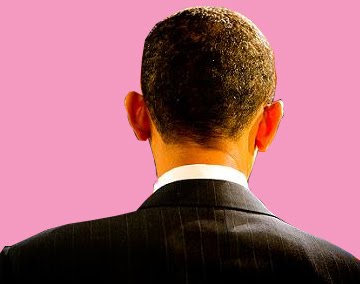 Obama saved the nation from economic collapse but failed utterly at getting credit and at stopping Republicans.  By 2010, Republicans had taken back control of Congress.  Republicans now control a record number of governorships and state legislatures.  In 2017, Republicans will almost certainly repeal Obamacare (Obama’s “crowning achievement”)  and will probably  gut Dodd-Frank.  Trump will appoint a replacement for Scalia and, quite possibly, two or more additional members of the Supreme Court.

At the beginning of the Obama administration, the country was reeling from the disaster of the Iraq War, the recession, and Republican corruption.  Now Republicans have convinced almost half the population that Democrats are to blame for the country’s problems.

As a friend said on facebook, “The same people who elected Obama in the rust belt states are those who elected Trump. It’s the hopey – changey thing.” Obama delivered an economic boom but allowed the GOP to blame him for the country’s problems.

Thus, the prize for blame goes to Barack Obama.  He had a chance to slay the dragon. Instead he helped Wall Street and the Pentagon, while letting the dragon roar back to life. Hillary’s loss is collateral damage.

Great summation by David J. Rothkopf, professor of international relations, political scientist and journalist, from his twitter feed. “So we know this, Russian government representatives reached out to the Trump campaign in 2015 and undertook multiple initiatives and had multiple points and series of contacts with Team Trump for the next couple years. It’s not just […]

One Reply to “Obama and other reasons for the election debacle”