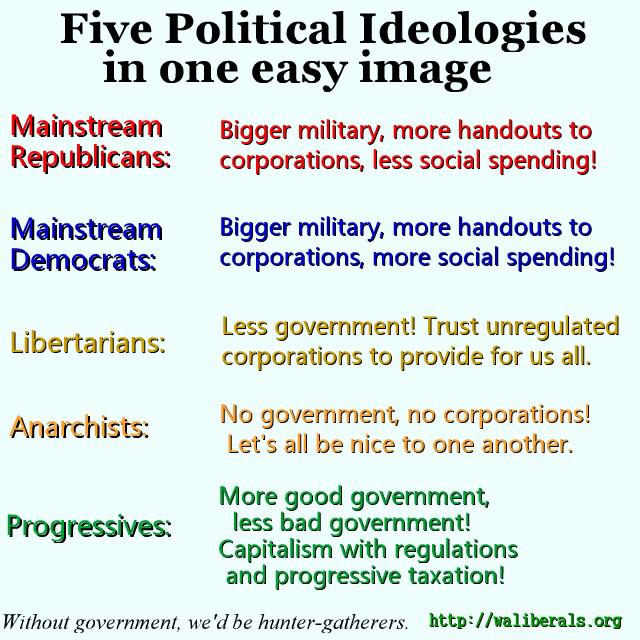 If government is broken, fix it, don’t destroy it.  For further explanation, see:

Anarchism, Libertarianism and the way forward

Without Government We’d Still be Hunter-Gatherers

Will Obama ride to the rescue for Republicans?

Cenk Uygur of the Young Turks says, in Obama Will Ride to the Rescue … for Republicans: The Republicans have put themselves in a holy mess with this Plan B debacle. They now have less than zero leverage. They are a national laughingstock. A majority of the country now thinks they are “too extreme.” They […]

Countering anti-government propaganda: the case of the Freedom Foundation

If you listen to right-wing AM talk radio, or visit conservative websites, you’ll be subject to relentless propaganda about how government is inefficient and doesn’t produce anything of value. Conservatives just love to hate government.  And they love to talk about “freedom” and “liberty.” Of course, the anti-government propaganda is nonsense. Thanks to government we […]