We Berniecrats warned people, during the primary, that Hillary was vulnerable, that Bernie would more easily beat Trump.

Let me be very clear. In my view, Democrats will not retain the White House, will not regain the Senate, will not gain the House and will not be successful in dozens of governor’s races unless we run a campaign which generates excitement and momentum and which produces a huge voter turnout.

With all due respect, and I do not mean to insult anyone here, that will not happen with politics as usual. The same old, same old will not be successful.

The people of our country understand that — given the collapse of the American middle class and the grotesque level of income and wealth inequality we are experiencing — we do not need more establishment politics or establishment economics.

We need a political movement which is prepared to take on the billionaire class and create a government which represents all Americans, and not just corporate America and wealthy campaign donors.

In other words, we need a movement which takes on the economic and political establishment, not one which is part of it.

Is this an opportunity to replace corporate Dems? Or is this a victory of conservative, corporate ideology? Though Hillary and the corporate Dems lost, it’s hard to see this as a victory for progressive values, given the Republican gains.

Possibly the loss is best blamed on hatred of Hillary, fueled by the powerful right wing media, and on populist revolt against the establishment, especially among rural white folk, many poor and poorly educated.

One problem with revitalizing the Democratic Party is that most Congressional progressives, including Elizabeth Warren and Bernie Sanders, sold out to Hillary and went down with her sinking ship.

I often think that Elizabeth Warren should have run. She’ll be 71 in 2020, possibly too old. She is almost as progressive as Sanders; but, unlike him, she doesn’t call herself a socialist. She wasn’t hated, the way Hillary was hated. Yet Warren may have destroyed her credibility by refusing to back Sanders and by hitching her star to Hillary’s.

Looking for a silver lining …. will Trump follow through on his pacifist rhetoric? While he’s spoken against the Iraq War and other foreign entanglements, he’s also pledged bring back water-boarding and beef up the military. Presumably, Trump will avoid war with Putin. Maybe this is a silver lining. But I wouldn’t bet on it.

Rob Kall (editor of OpEdNews and my friend) blames the DNC, the HillaryBots, CNN, MSNBC, and even Elizabeth Warren for supporting a corrupt, hated candidate.

Robert Parry, who broke many of the Iran-Contra stories in the 1980s for the Associated Press and Newsweek, has this excellent commentary:

In the end, Hillary Clinton became the face of a corrupt, arrogant and out-of-touch Establishment, while Donald Trump emerged as an almost perfectly imperfect vessel for a populist fury that had bubbled beneath the surface of America.

There is clearly much to fear from a Trump presidency, especially coupled with continued Republican control of Congress. Trump and many Republicans have denied the reality of climate change; they favor more tax cuts for the rich; they want to deregulate Wall Street and other powerful industries — all policies that helped create the current mess that the United States and much of the world are now in.

Further, Trump’s personality is problematic to say the least. He lacks the knowledge and the temperament that one would like to see in a President — or even in a much less powerful public official. He appealed to racism, misogyny, white supremacy, bigotry toward immigrants and prejudice toward Muslims. He favors torture and wants a giant wall built across America’s southern border.

But American voters chose him in part because they felt they needed a blunt instrument to smash the Establishment that has ruled and mis-ruled America for at least the past several decades. It is an Establishment that not only has grabbed for itself almost all the new wealth that the country has produced but has casually sent the U.S. military into wars of choice, as if the lives of working-class soldiers are of little value.

On foreign policy, the Establishment had turned decision-making over to the neoconservatives and their liberal-interventionist sidekicks, a collection of haughty elitists who often subordinated American interests to those of Israel and Saudi Arabia, for political or financial advantage.
…

With blinders firmly in place, the Democrats yoked themselves to Clinton’s gilded carriage and tried to pull it all the way to the White House. But they ignored the fact that many Americans came to see Clinton as the personification of all that is wrong about the insular and corrupt world of Official Washington. And that has given us President-elect Trump. 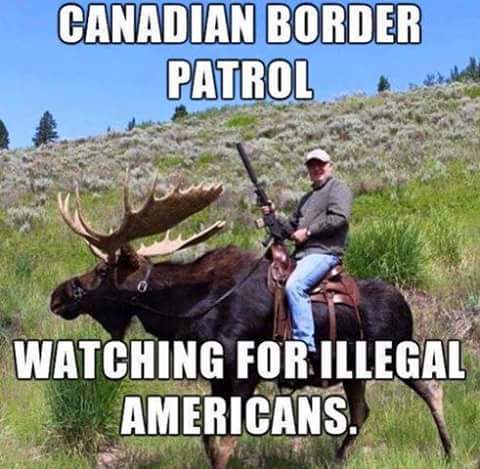