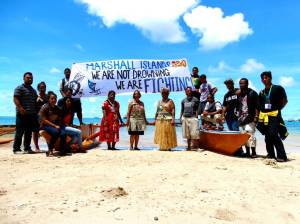 While California was approaching tinderbox conditions that erupted into catastrophic fires, an oil industry coalition led by British Petroleum was spending $30 million to persuade Washington State voters that dirty fuel producers shouldn’t have to pay a dump fee on the carbon they dump into our air. As if turning our atmosphere into a carbon dump didn’t have real costs.

If that makes you angry, if you believe that obstructing climate solutions is immoral, or if you simply feel worried by slow progress on policy and technology fixes, here are eight things you can do that add up to a meaningful difference. Some will be familiar, but others may surprise you.

Progress on climate is being stalled by people who place short-term self interest over the common good—corporate leaders and investors willing to maximize profits even when those profits are taken from vulnerable people and future generations. But progress also stalls out when those of us who care get overwhelmed and so don’t exercise the power we have. As individuals, we can’t fix climate change, but we can slow it and shrink it, both of which matter. You or I may never know how our actions shape the future and touch other lives, but we can know that in aggregate they do.

Inspire Seattle Invites YOU to join us at our Social Forum:  Saturday, October 20th at 6:30PM. Main discussion topic for this evening:  Climate Change Some twenty years ago, the shouts of many climate scientists around the world grew to a roar.  Their findings indicated global climate change was accelerating and our planet was indeed warming, […]

[Copied from my post on George Takei’s fb page. This needs to be shared and understood WIDELY, and edited to make readable paragraphs] ….Please forgive the long post. I camped at Standing Rock for three weeks, mid-August to the 9th of September. A great deal about this situation isn’t being covered by the media. Even those […]

We Can't Live with Nuclear Weapons and Nuclear Power Plants

The annual peace walk to the Ground Zero Center in Bangor is wrapping up today with a talk by Dennis Kucinich at 6:30 pm. I was able to speak with Senji Kanaeda for a few minutes on July 31st and am finishing up a short video with Senji’s thoughts front and center. I still have […]