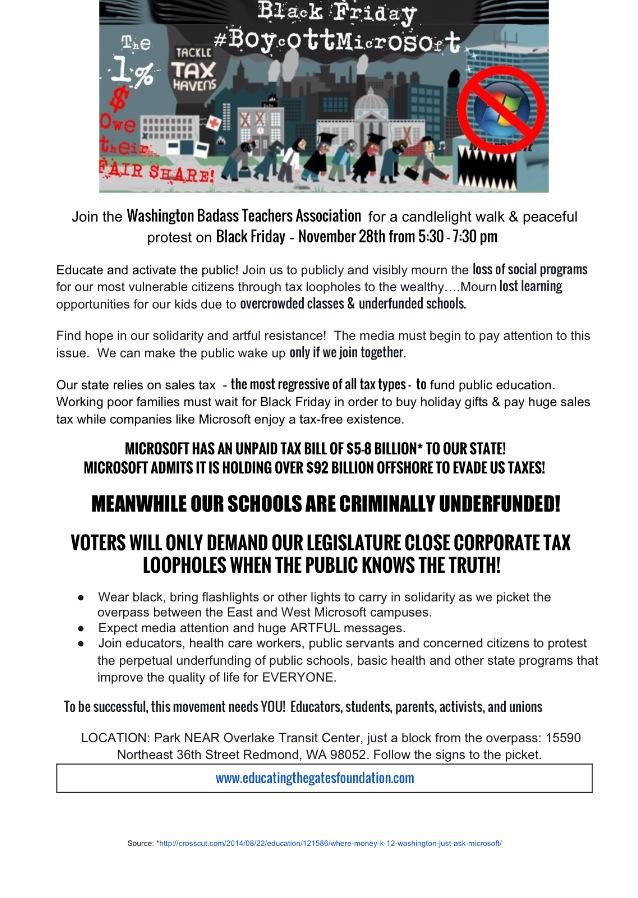 There’s a simple way to beat Tim Eyman and his initiative I-1366. At the same time we’ll help the environment, and, optionally, raise revenue to fund schools.  And we can even do it in a revenue-neutral way, thereby making it palatable to Republicans. By way of background, recall that if I-1366 passes — and early […]

(revised, 2014/10/28) Bloomberg reported in 2012: “A U.S. Senate committee memo said Microsoft Corp. (MSFT) used aggressive international tax maneuvers to avoid billions of dollars in taxes over the past three years. … Microsoft used transactions with subsidiaries in Puerto Rico, Ireland, Singapore and Bermuda to save at least $6.5 billion in taxes.” It “shifts […]

Flush the TPP, actions in Seattle